Women in Jarrow: A Herstory 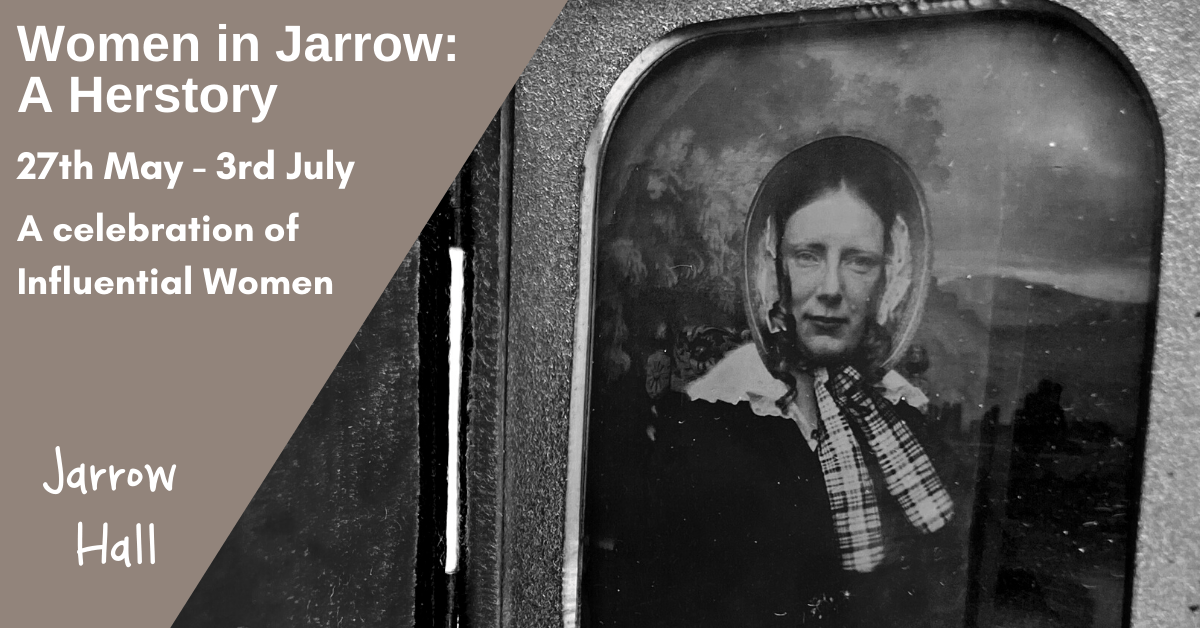 Women in Jarrow: a HerstoryThe Jarrow Hall summer exhibition will take inspiration from the Queen as a woman of influence, and tell the stories

Women in Jarrow: a Herstory

The Jarrow Hall summer exhibition will take inspiration from the Queen as a woman of influence, and tell the stories of 6 women who have influenced Jarrow’s story. The exhibition will disrupt our current male dominant narrative in the museum, taking a closer look at these key women, their lives and legacy.

You can also find out about The Queens visits to South Tyneside, and see a signed photograph of her and Prince Phillip, signed during the opening of the museum in 2000.

See on display some genuine objects from our social history collection, as well as local artist Christine Dalton’s art pieces ‘Still we Rise’ which are inspired by women’s movements over the years.

‘Our Catherine’ a short film produced by local film makers, Unified Films will be showing in the exhibition space during this time. The film is inspired by Dame Catherine Cookson’s life and is being shown with the support of The Word (South Shields), a fellow partner in the South Tyneside Cultural Partnership.