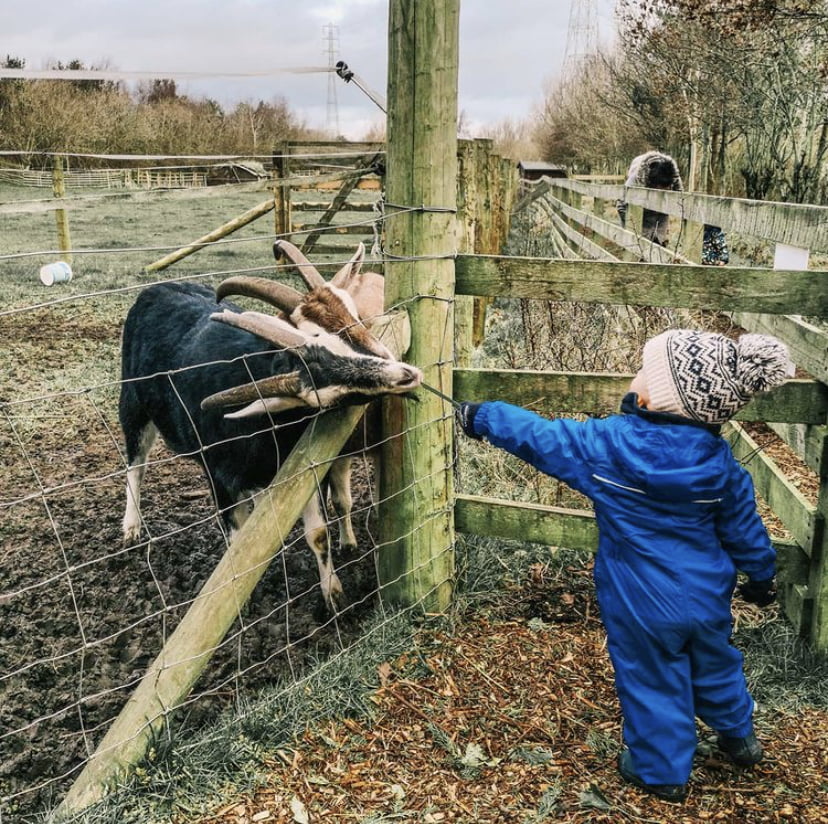 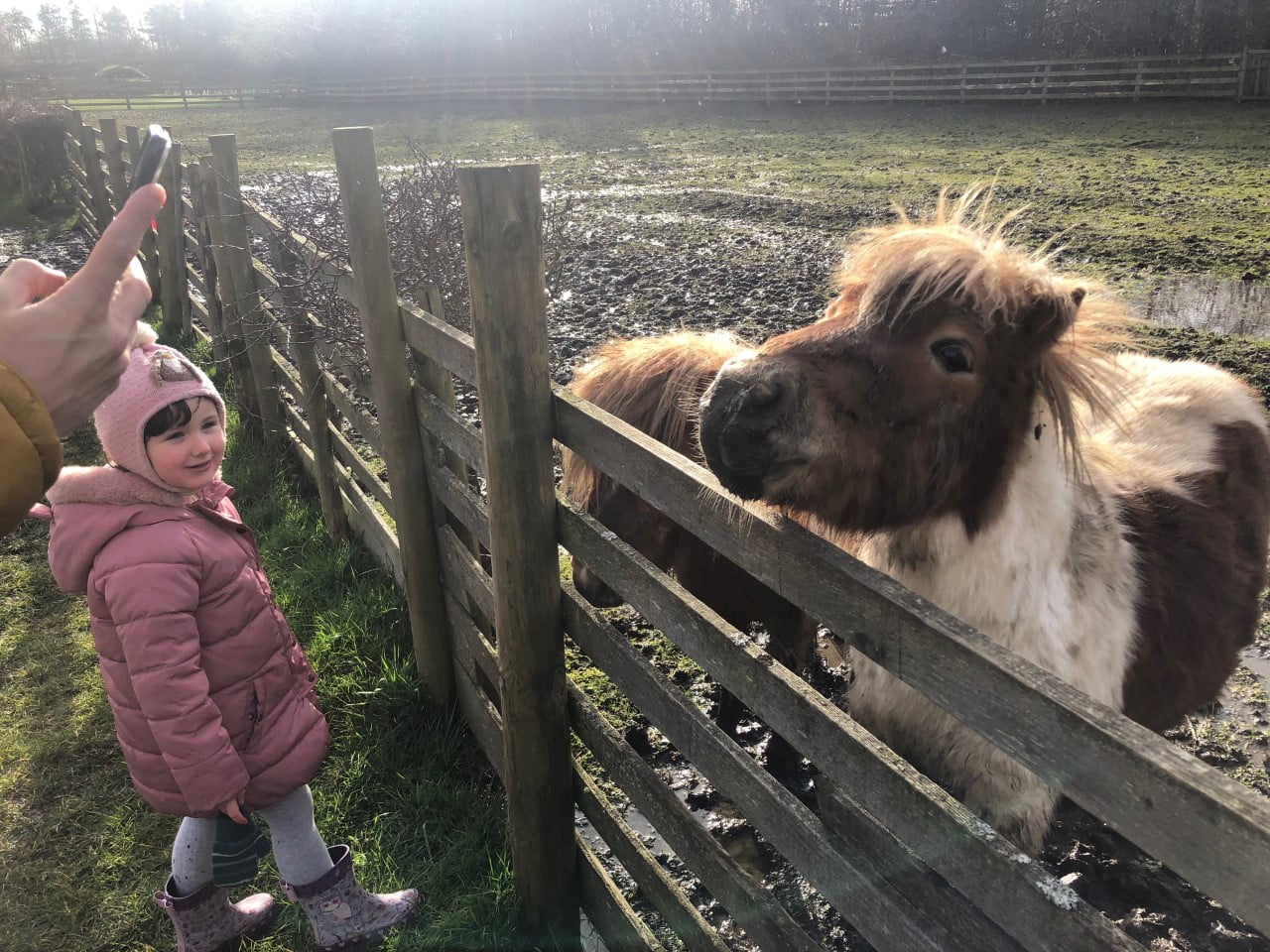 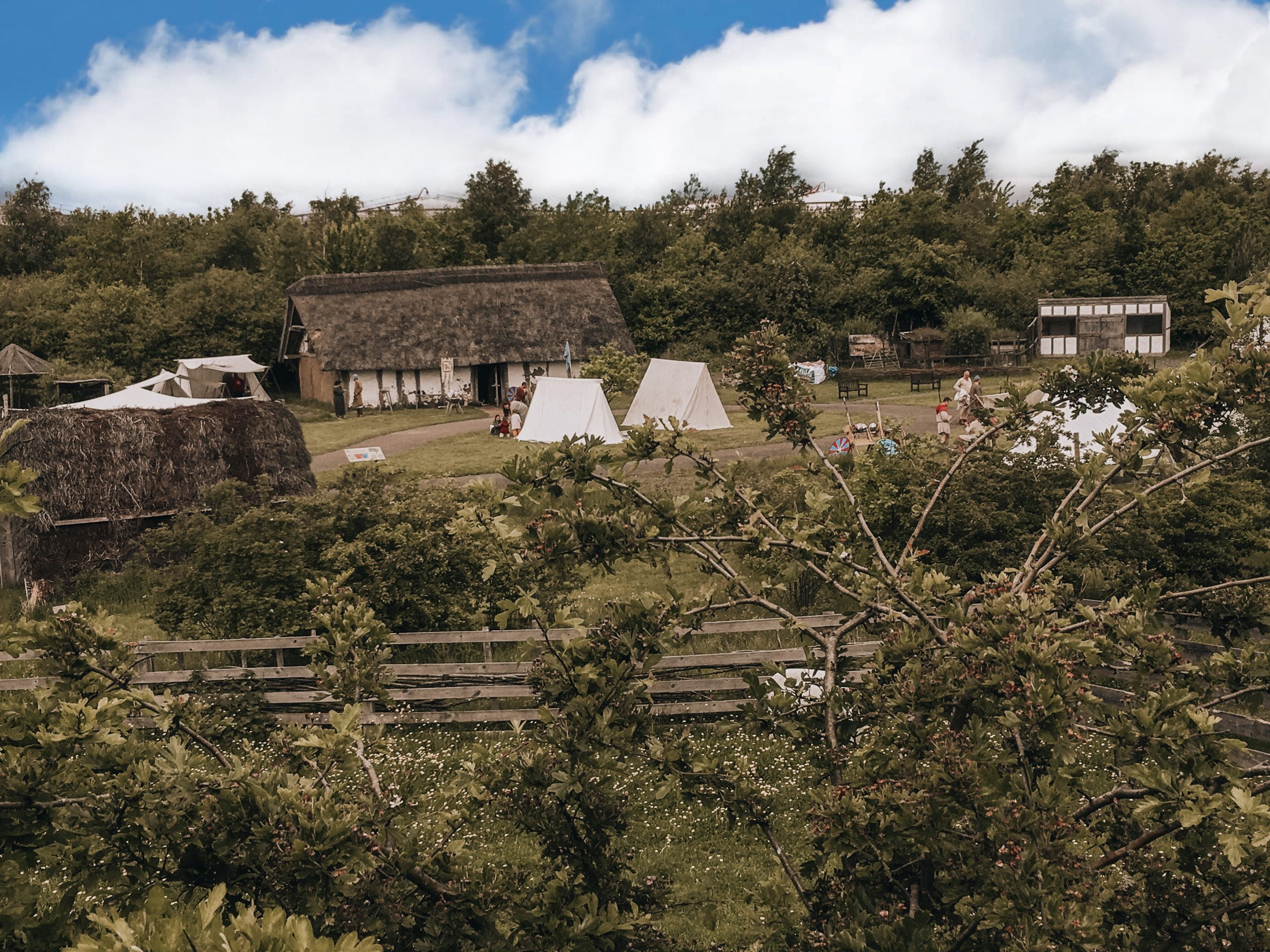 Discover Jarrow’s own open air, living history museum, across our Anglo-Saxon village and delve into Anglo-Saxon life during the time of Bede. Learn about the animal residents of “Gyrwhe” and discover the primitive, rare breed and rescued animals that would have been present in Anglo-Saxon Northumbria.

Generally smaller and hardier than their modern-day counterparts, these breeds give a feel for the animals that would have been present in the Anglo-Saxon Village. Bullocks would have driven the plough and pulled carts. Goats and Sheep would have provided fleece, milk and meat. Poultry would have provided meat, feathers and eggs. And pigs would have foraged for themselves in the local forests and woodlands before being used as a vital food source.

All of the animals throughout the farm and village are used purely for educational purposes and live out their lives in relative comfort and ease.

Our experimental buildings were developed based upon archaeological excavations carried out in Northumberland. Thirlings Hall represents a large, high status hall where people would have feasted and held meetings. Our Monastic Workshop cell would have been used for praying and reading, and the Grubenhaus would have been used for many purposes including, grain storage, weaving and as a sleeping accommodation.

Make a donation to help feed our animals

Cheviot Goats (Gat): Our Cheviot goats are examples of the Neolithic goats that live wild in Northumberland and pre-date modern domestic goats. Cheviot goats are smaller in stature than modern goats with long shaggy coats, used to help them survive the harsh winters when most domestic livestock would be taken in from the hills. Our herd are a mix of orphans taken in as rescues and wild goats taken in as part of a cull to control numbers.

Primitive Sheep (sceap): Our sheep are a mix of native breeds including, Manx Loughtan, Soay, Shetland and Hebridean. The primitive sheep that the Anglo-Saxons would have known would have been smaller and hardier than modern sheep and have shown to have lifespans of almost double their more modern equivalents… Look out for Flynn, our 4 horned Hebridean Ram.

Dexter Bullocks (Oxa): Dexters are a small hardy breed native to Ireland. These cattle would not have been kept primarily as a food source but would have been used as draft animal and would have been the Anglo-Saxon tractors of their day, ploughing the fields and pulling carts.

Iron Age Pigs (swyn): The Iron Age pigs are a cross between Tamworth and Wild Boar and are a more accurate representation of the pigs that Anglo-Saxon villagers would have been familiar with. Pigs were left semi-feral and allowed to forage for themselves in the forests and woodlands.
And many more…