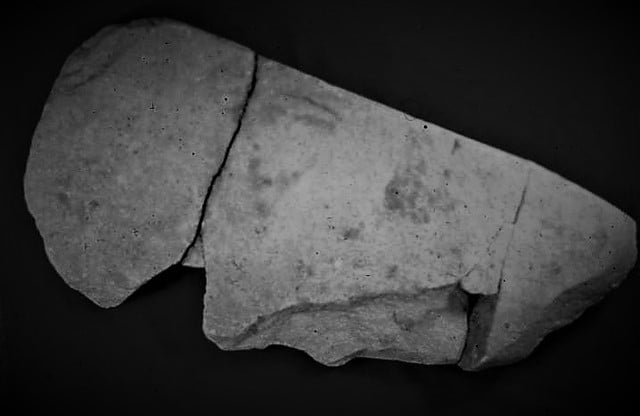 Saddle querns were used to grind grain, which would be placed on the lower, larger stone base. The grain would then be broken down by moving a smaller, rounded stone over the top of it – back and forth until flour was produced.

The Saddle quern was replaced at a later date, during the Roman period by rotary querns, which were similar to what you can see in our (re) constructed Thirlings Hall. Rotary querns were made up of two circular stones (the top is the handstone) which would rotate and grind grain into flour. The grain would be put into the central hopper hole and there would be other holes for handles.

Travel past our Anglo-Saxon farm to find buildings which have been (re)constructed. These buildings are based on excavated structures across Northumbria. Thirlings Hall, which is one of our most popular buildings was based on building A found at Thirlings, during excavations directed by Roger Miket and Colm O’Brien.

Click here to find out more about Thirlings Hall.